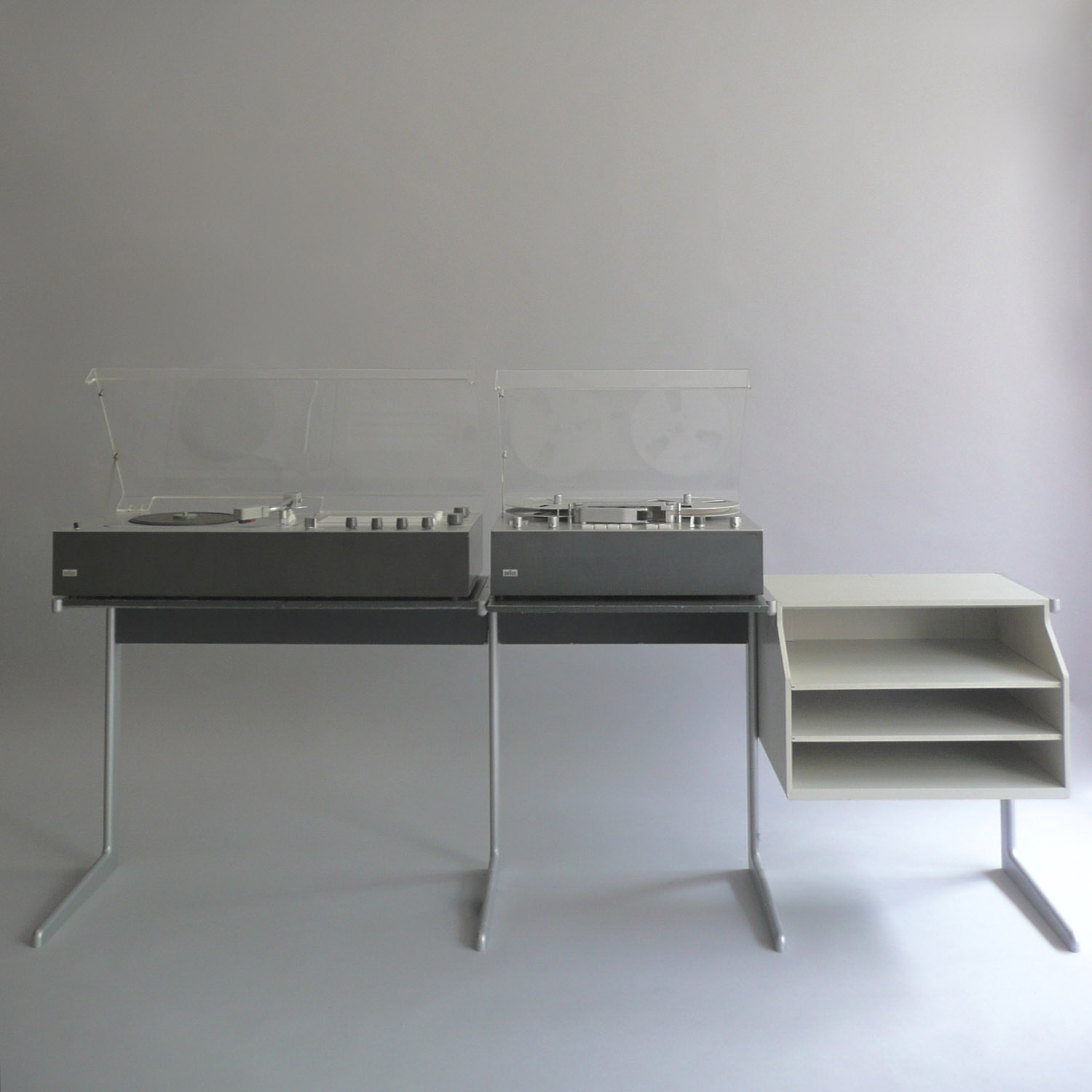 Kangaroo stand consisting of two shelf and record compartment modules for audio 1 and TG 60. The stand belonged to the last heroic phase of the Braun audio programme before it entered a prolonged period of crisis in the early 1970s.

The concept of the system stand provided an alternative form to the dissolution of categorial distinctions between audio and furniture design brought about by the integration of audio elements within living room storage systems. The latter fused the audio 1 and Vitsoe Universal Shelving System not only physically but also at the level of their formal, material and aesthetic principles. The Kangaroo stand extended this continuity between the audio system and furniture in another register. The leg of the stand shared a profile and height with that of the 601 seating programme, such that both the Kangaroo stand and  601 design might be seen, not as separate audio  and seating systems, but  as elements belonging to the same system.