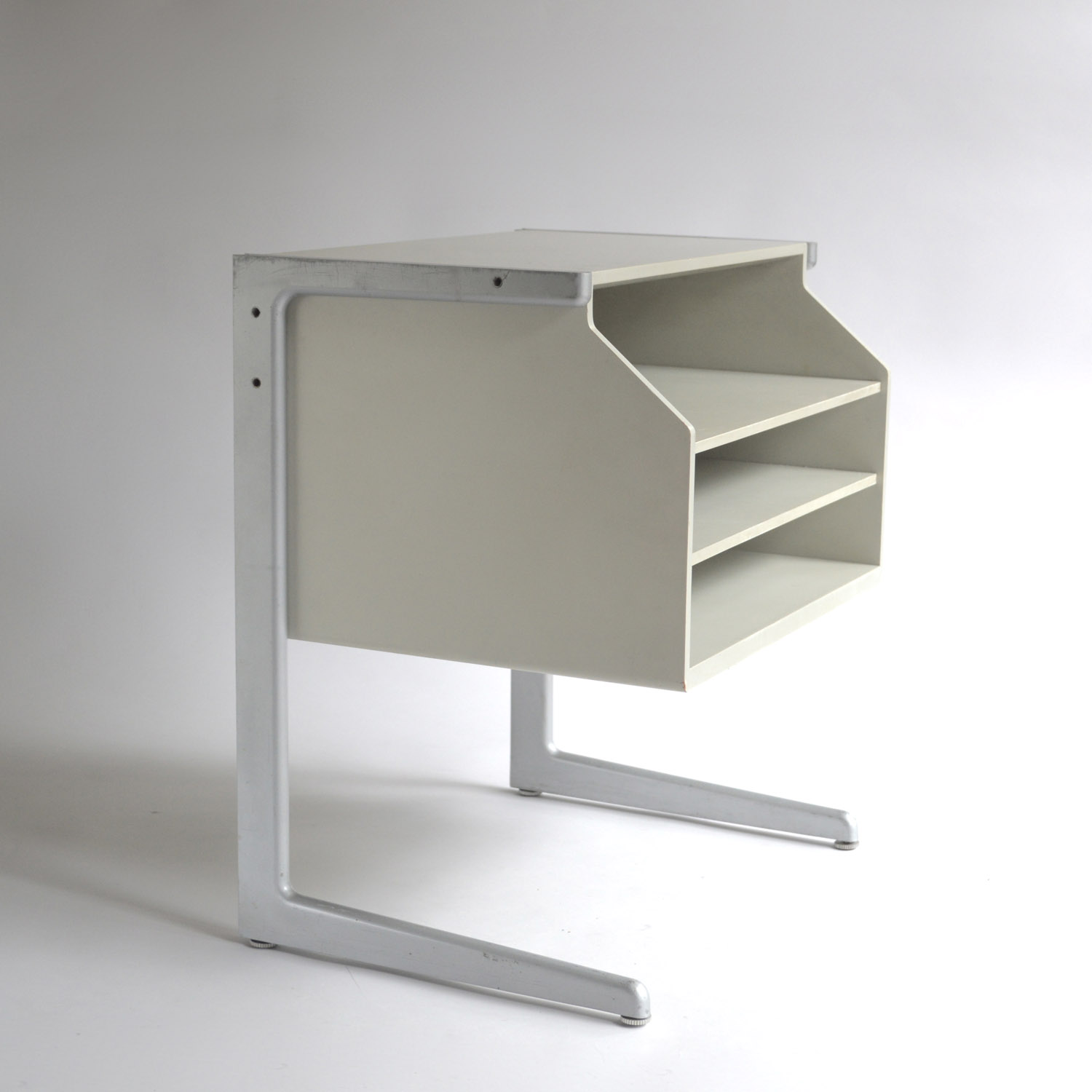 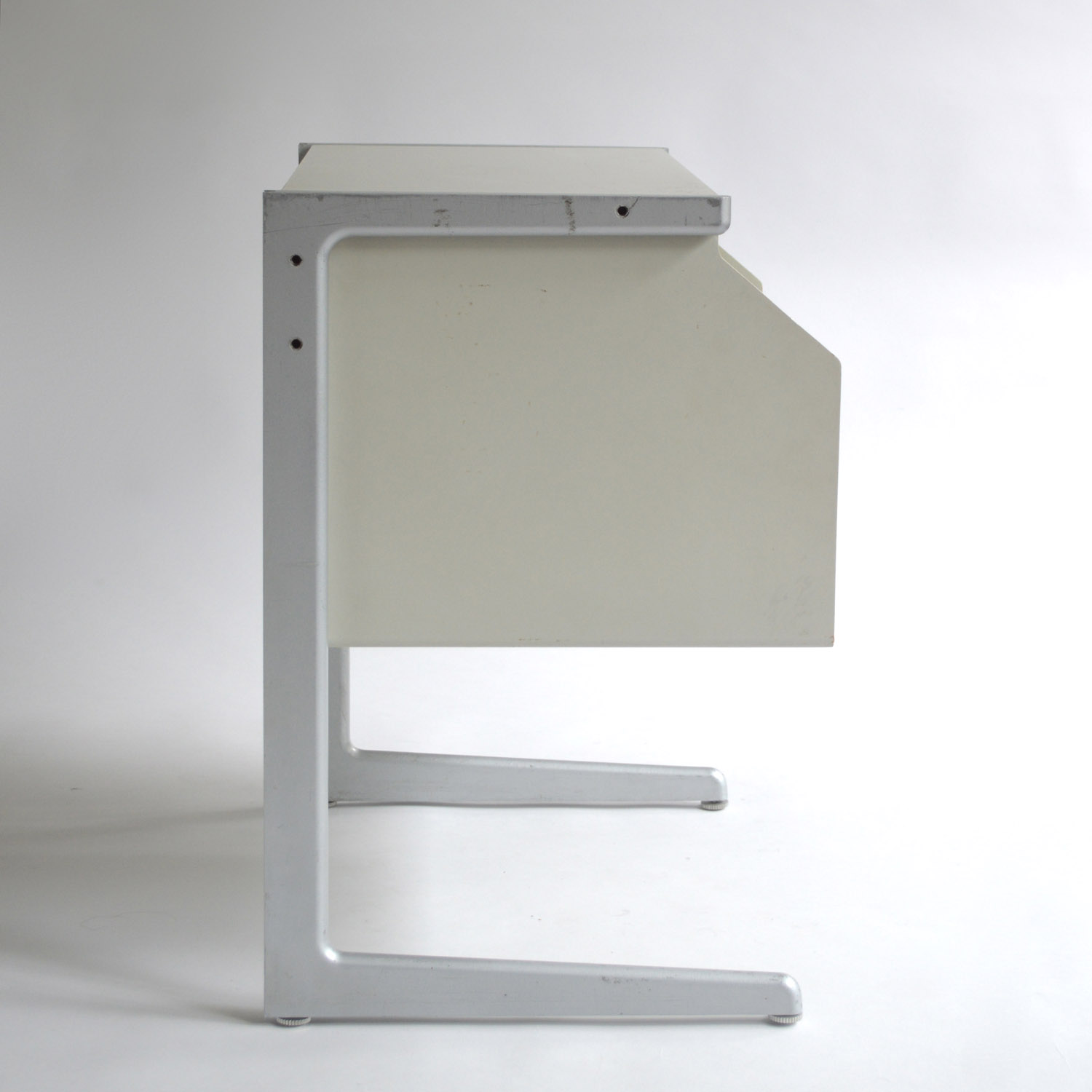 Record compartment module of the Braun 'kangaroo' system. Although it was introduced to the market in 1967, the 'kangaroo' system was designed Rams some time earlier in 1960. The cast alu legs share the same profile and paint finish as the Vitsoe 601 seating system, and may be considered an extension of it into the sphere of audio equipment. In this way the 'kangaroo' system presents an example of Rams' early '60s effort to integrate audio and furniture systems.